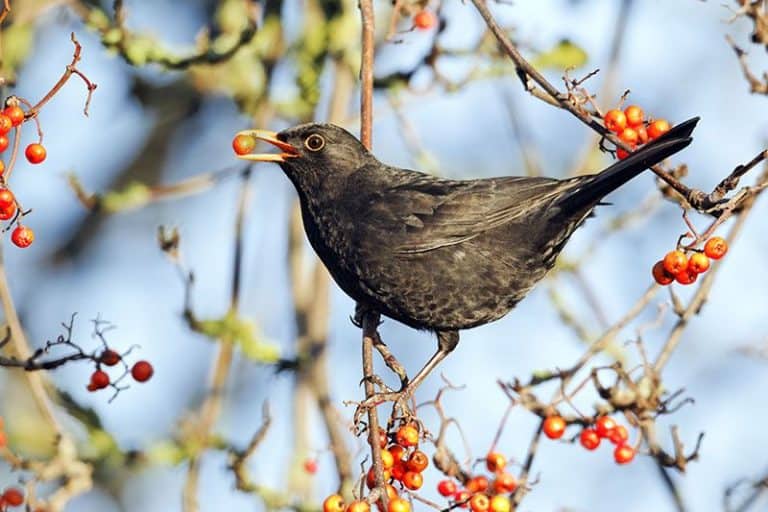 Have you ever thought about where trees grow and how they got there?

Trees employ a variety of strategies to ensure that their offspring spread as far and wide as possible. Too close together and they are in competition for water and nutrients and are more vulnerable to disease or fire. With more distance between them, these risks diminish.

There are a number problems that trees must overcome. How do they get seed to travel any great distance and how do they ensure that the seed is viable when it gets there?

Dispersal by animals can be fascinating, as the places that plants turn up are linked to their lifestyle and movements. More than any other, humans are responsible for carrying seeds great distances around the world. Some seed will be stowaways and some will have been gathered and brought back to form botanical gardens and later become naturalised in their host country.

Birds can also carry seed great distances. Seed can stick to them, but can also be carried in their gut. Species such as Rowan, Yew and Hawthorn have evolved energy rich red berries that attract birds and offer them sustenance. This arrangement is mutualistic, the birds have a food source and the trees can spread their seeds great distances. In order to survive the acidic environment of the gut, seeds sit within a hard stone. The stone inside a cherry is actually the casing of the seed, not the seed itself.

Hazlenuts and Acorns are often spread by jays and squirrels. The seeds are buried beneath the ground when plentiful and returned to when needed. Though the jays and squirrels have an uncanny ability to remember where they are buried, inevitably, some will be missed and begin to germinate. Large hoofed animals such as ox and boar that once roamed the British woodlands would have grazed on nuts and pushed them into the ground with their hooves – something missing from today’s woodlands.

Seeds that are windblown are often far smaller and more numerous than those that hitch hike. Trees such as Maples (Sycamore, Norway Maple, Field Maple) have winged seeds that are able to float and travel hundreds of metres when the wind is strong. Birch produce vast quantities of tiny seed, which also have small wings, and can travel thousands of metres. For this reason they are able to colonise new areas before other species and regarded as a pioneer species. These were the first species found after the last ice age. Willow seeds have tiny hairs to help keep them aloft. Fungi too use wind to disperse their spores.

Trees needn’t send out seed at all. Saplings can appear directly from the roots of existing trees. These trees will be genetically identical to those they have sprung from. This strategy ensures that the trees have a good chance of survival, but can only spread into an area very slowly. With no genetic variation the robustness of these trees will be less than those that result from sexual reproduction.

The more seed that can be produced, the better chance there is of trees germinating and taking root. Woodland trees such as Oak and Beech may produce large quantities of seed one year and much less the next. The theory behind this is that small amounts of seed are produced to keep the number of forages to a minimum. The next year a vast amount is produced so that the foraging population is satiated and cannot possibly consume the whole crop leading to more successful germination. Trees do not do this in isolation, and a mast year will cover the majority of woodlands at the same time. Trees are able to communicate or respond to patterns in the weather to coordinate their efforts.

We have not talked about how Redwoods drop seed after forest fires or how flowers attract insects to them with nectar. The more you look into this subject the more incredible the number of strategies that trees employ to propagate.

If you have specific topics that you would like to learn about, please contact us and we can consider ideas for future blogs. 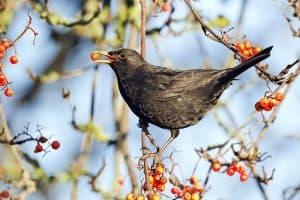 Have you ever thought about where trees grow and how they got there? Trees employ a variety of strategies to ensure that their offspring spread 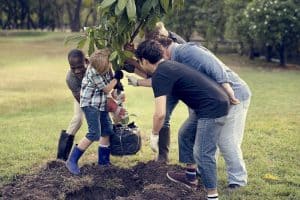 When to plant a tree?

It is important to know when to plant a tree in order to give it the greatest chance of success. Container Grown Trees Container grown

How To Help Hedgehogs Through The Colder Months

This month we have a guest blog from Alison Taylor of Hitchin Hedgehog Care. With the numbers of UK hedgehogs in decline, how can we best

The Blue Tree Company is proud to be members of the following organisations.
Our team are qualified tree surgeons and fully insured, guaranteeing you a professional service.

Website Design By We Do Stories, Digital Marketing & Creative Agency